Tag Along with Us: the Dirty Hookers

“Rugby is a beastly game played by gentlemen.”

The Dirty Hookers are a Cork based mixed tag rugby team supported by TRANSLIT and VIP Web. The team was founded 3 years ago and it was one of the first 6 teams to participate in the very first edition of the Cork League. The Cork League has since grown significantly, reaching a staggering number of approximately 120 teams. 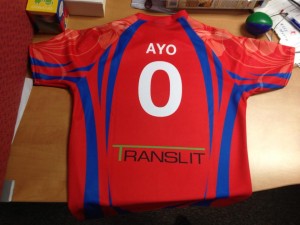 It is well known that Irish people are extremely fond of rugby in all of its forms, but it may be less known that the history of Irish rugby goes back to as early as the eighteenth century. Indeed, even though it wasn’t until the mid-nineteenth century that rugby started to become popular in Ireland, evidence shows that the game had already been played before 1750, making Ireland the third-oldest rugby nation after England and Scotland.

And the story continues: according to the 2013 Irish Sports Monitor published by the Irish Sports Council, rugby was the only sport to maintain an unchanged percentage of attendance in stadia all over the country between 2011 and 2013. These figures come as no surprise if you consider the spectacular performances and the outstanding results of Irish teams both in national and international tournaments. The latest Irish achievement is the breath-taking victory of the 2014 RBS 6 Nations by the Irish national team on the very last day of the tournament.

But the Irish also enjoy the beauty of rugby at a local level by participating in local tournaments taking place all over Ireland, and you don’t necessarily have to be Brian O’Driscoll to join in. In fact, tag rugby is just perfect for rookies who want to give it a try.

Tag rugby is a non-contact form of rugby played by mixed teams, allowing men and women of all ages to participate. 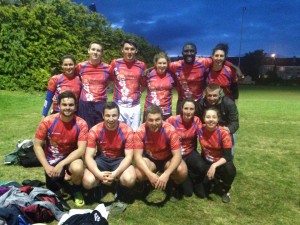 Going back to the Dirty Hookers, this year they have really outdone themselves by winning the Cork Con Spring League. But don’t be mistaken: they are not done with victories yet. The Dirty Hookers are determined to strike again in the Cork Con Summer League. They have already started with the right foot by winning their first games against the Taguars by 12 to 1, The Offsider’s by 30 to 9, and The Hospital Passers by 17 to 11. The Dirty Hookers welcomed a new player, Alex Chernenko, CEO of TRANSLIT, who has recently joined the team. He even managed to score his first try against the Taguars. These were his comments after the game:

“I fell a few times and scratched my elbows and knees, but it was great fun.”

Fixtures and results of the Dirty Hookers can be found on tagrugby.ie.

TRANSLIT wishes the Dirty Hookers an awful lot of victories in the games to come. 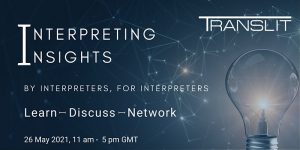